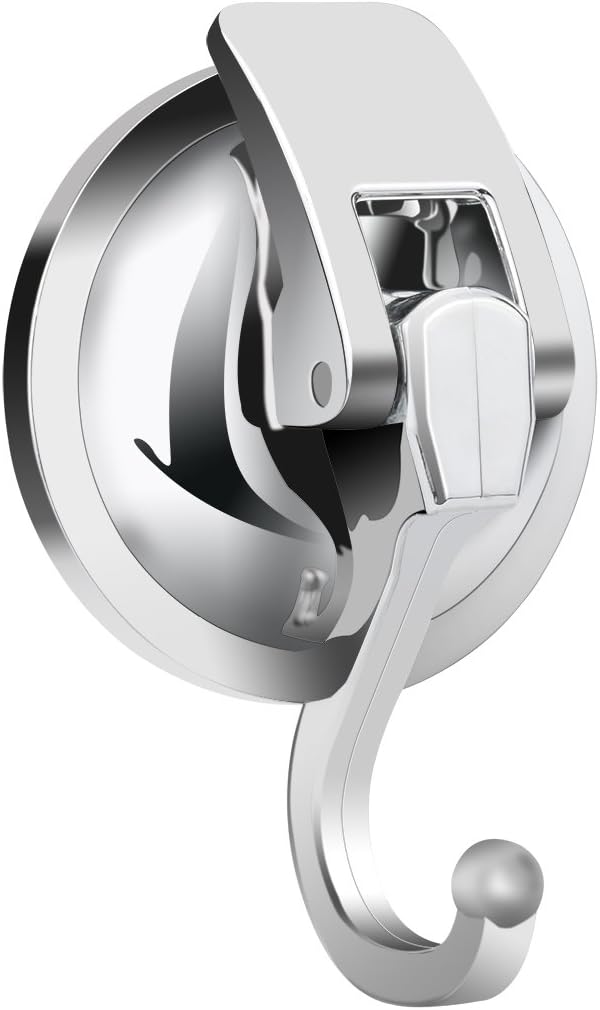 Prodcut Application:
This powerful vacuum suction hook is a great hanger for your Kithcen utensils such as spoon,pan,pot,spatula,ladle,strainer,whisk,cutting board,kitchen towel etc,and bathroom accessories such as towel,loofah,bathrobe etc,or coats,clothes,shopping bag,hat,umbrella etc in restroom and livingroom.
Product Materials:
ABS plastic (Chrome plated) +TPU rubber
Product Size:
L*H*W=3.4in*2.3in*2.4
Convenient 2 Steps Installation:
1.Please clean and dry your wall before use,make sure the wall is flat and smooth.
2.Hold the hook against to the wall for a few seconds then just push the lock lever upward to lock it.
Use Tips and Attention:
This powerful vacuum suction cup hook works only on non-porous,smooth surfaces such as polished ceramic tile,mirror, glass,polished stainless still wall and plastic board etc, won't work on any porous,bumpy,rough or textured surfaces such as rough coating surface,unpolished marble or wooden door,rugged porcelain surface etc.